What Do You Think? Fall 2020 Opinions 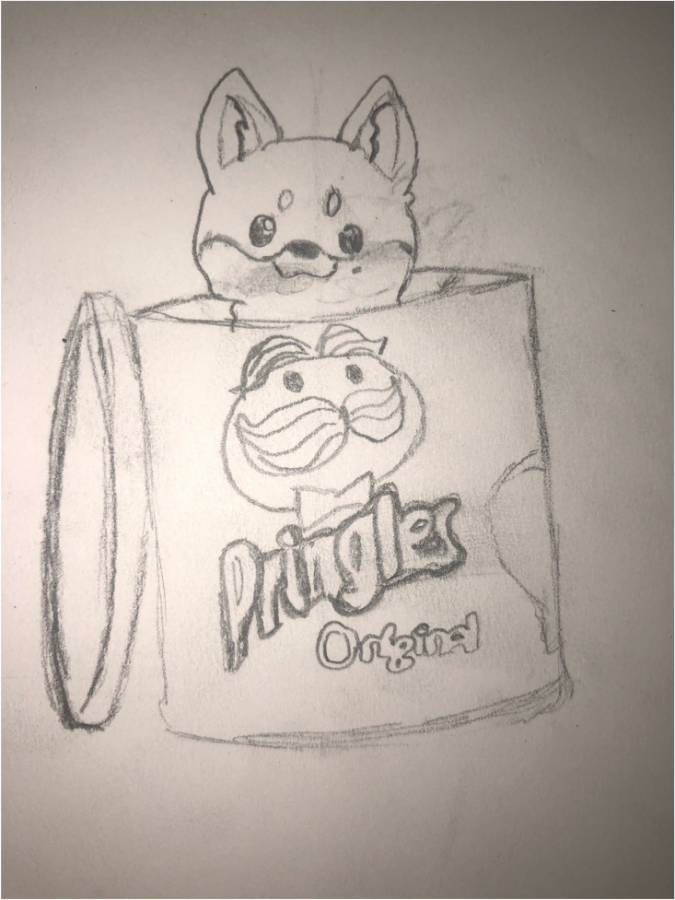 Dogs are fascinating creatures. They were at first wolves and evolved from that. When they were wolves, they were mean, bad and vicious but then they evolved and became less vicious. The global population of dogs is estimated to be 900 million, of which 83 percent are free-range, meaning they are not pets and live on their own. In 2020, this means there are more dogs than cats. So yay! I Like dog more than cats because when I was younger cats always attacked me and dogs were nice to me. So when my two dogs passed away in Egypt, it was so sad. They both died of old age and they both died in 2017.
Joy in Giraffes
By Nayala Conroe, East Rock Record Staff

I like to draw giraffes. I like them because they have long necks. That makes it easy to draw them, because then you can just glide your pencil over the paper and be halfway done.

When I do these drawings, I start with the giraffe. Then, I color it. I like to see what it looks like on its own before I start drawing the rest of the picture. Next, I draw the grass. I do that before I draw the trees because for the trees to exist, they need to grow from somewhere.

When everything is done and colored, I like looking at it for a while. I don’t really know why, but it makes me happy to see the different parts of my drawing come together. Sometimes I keep the drawings I make. Other times I give them to people I love.

Since the beginning of the pandemic, drawing has been a fun thing that I can do inside. I feel happy when I draw. Drawing makes me calm and relaxed, and it is good to feel calm and relaxed now that the coronavirus is here. Sometimes I even forget there is a pandemic.
Dogs vs. Rats: Is it Even Close?
By Jaden Martinez, East Rock Record Staff

Hey everyone! See this picture. This is what I drew: a little anime character called Chibi! (But I call it Paris BB.) This drawing has a meaning for me. Ever since I was three, I have wanted to go to Paris, so I drew a little Paris girl. I feel like this girl is too cute, that I can’t even handle it. So! Let me tell you about it, because you will like it. Let’s start off with that cute hat. If it was a boy, you should put a mustache and say “Oui Oui” like they do in France. Wouldn’t that be funny? I’m weird. I like it. Okay, you’re probably like, “Why does she have only four fingers?” It’s because I tried to make it small but it’s OK. So, this character has a dress and I had that dress for my fifth birthday, I think. HA! Yes, I was shorter then, but she has long hair like me.
Tech Comparison: Laptops vs Chromebooks
By Charlie Pellegrino, East Rock Record Staff

I think laptops are better than Chromebooks because Chromebooks don’t have a right click on the mouse pad. Laptops also have a bigger screen, and they can hold more electricity. Also, laptops are older, so it’s more practical to have one. For example, if you tell your grandma “I have a laptop,” she will likely know what it is because they’re older and Chromebooks are the newest computers. The battery pack only shows you a picture of the percentage it has, too.
Among Us: Best Game in the World!
By Farhan Riaz, East Rock Record Staff