School in Pajamas? Yes! But There are Still Rules. (You Can Still Get in Trouble.) 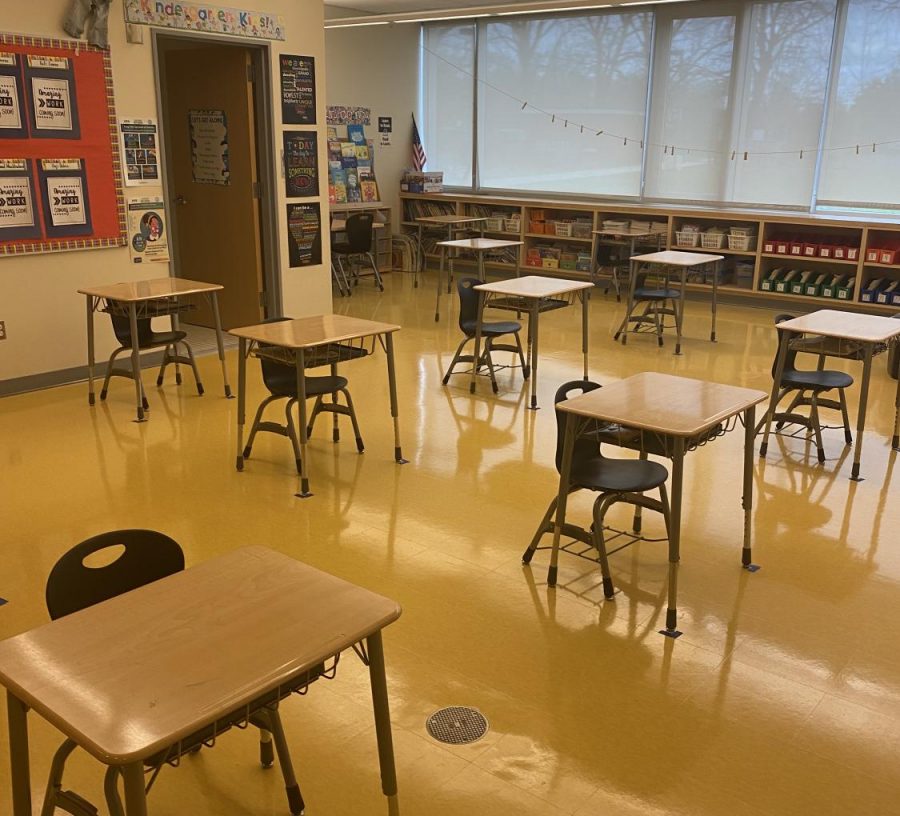 Students have a very short walk to class this year. Some don’t even have to get out of bed. And, there are no uniforms! There is also no standing at bus stops or lining up outside classrooms. Instead, we have Google Meet waiting rooms.

The pandemic has completely changed this school year in New Haven. From the beginning, school has been online, which has created new rules and ways of doing things. For some — not all — it has made school a lot harder.

According to The East Rock Record Fall 2020 Survey, 64 percent of students said that virtual learning is more difficult than in-person; 36 percent think it is easier.

Some students interviewed for this story said it was harder because they are used to learning in front of a whiteboard and not on a screen. Others said noise is a problem. Some have siblings who want to talk loudly during school hours or have young brothers and sisters who cry during class. “It’s chaos,” said Victor Rodriguez, in seventh grade.

Whether it is easier or harder, all students and teachers have had to learn to do things differently.

Teachers used to tell students not to use their phones in school or computers without permission. Now, kids are always on their devices. They can spend six hours a day on Google Meet. Some days, they can spend up to eight hours in front of their screens.
Some have siblings who want to talk loudly during school hours or have young brothers and sisters who cry during class. “It’s chaos,” said Victor Rodriguez, in seventh grade.
Students do get a break at lunch. There is no virtual cafeteria so they go away from the screen to eat alone or with their families.

At the same time, some school things have not changed. There are still rules — and you can still get in trouble for breaking them!

Students still have to show up for class on time. Now being “present” means turning on your video camera. Fifth grader Lanaya Gore said she tells her friends “Hi, I see you” when they first log on, but notices that 10 to 15 percent of students do not don’t turn on their video.

You are also not allowed to talk without raising your hand. Students “act up” by unmuting and speaking. Some go to YouTube during class and use a split-screen to watch videos. Students say it can be hard to resist playing video games such as Fortnite or Among Us during a lesson.

Some students like that they hide their phones from themselves because, as seventh grader Madison Poole said “it’s harder to learn while watching YouTube.” On the other hand, seventh grader Tasneem Musa said, “I feel like we get better responses” from teachers because of virtual learning. 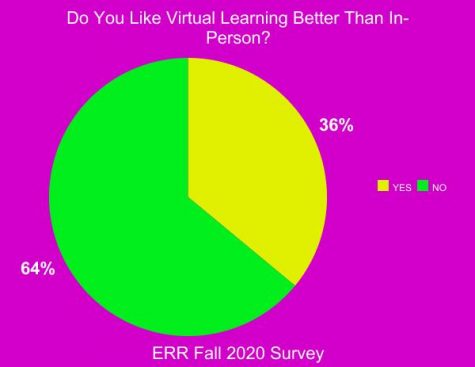 Students also fool around by changing their names on the screen or switching backdrops. Some text each other while class is going on. “Imagine being in a giant group chat,” said Mr.  Rodriguez.

One more serious issue, said Mr. Rodriguez, is students hacking into one another’s accounts. “It is so easy to hack into an East Rock Gmail account,” he said, adding that emails and passwords are too predictable. Both he, and another reporter working on this story, Lanaya Gore, had their accounts hacked this semester, allowing them to enter classrooms they did not belong in.

School is for learning. But it is also about socializing. Many, like eighth grader Isabel Faustino said she “didn’t celebrate Halloween.” Tusker Pickett, in fourth grade, said he misses getting to play with his friends but goes “ahhh!” when he sees his friends outside of class!

Ryan Martinez, in fourth grade, says he gets bored so deals with that by reading, which helps. “Sometimes I get to an exciting part in a book, and I’m not so bored anymore,” he said.

Students can’t meet or play. So more are socializing online. The East Rock Record Fall 2020 Survey showed that 53 percent of students have been able to make friends online this year.
Some days, students can spend up to eight hours in front of their screens.
Some students said they sometimes stay up until 2:30 a.m. chatting online with friends. This can make it hard to stay awake in class the next day.

There are many things that have made this year harder. But teachers are working to make classes interesting — and students are learning.

Mary Glickman, physical education teacher at East Rock School, said she is “learning as I go.” Still, she said her classes have “adapted pretty well.”

She said she has gone “back to the basics” by stressing the fundamentals like asking kids to run–in–place. Ms. Glickman said she “wants to be a bright spot” for her students with her positivity and upbeat attitude. 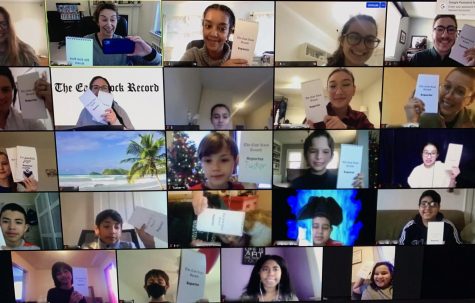 Some classes, according to students interviewed, can be fun.  Students said they have liked classes that involved reading plays, discussing games and strategy. And band class.

Even though many students say that online learning is harder and they miss being in school, about half (51 percent) of those who responded to The East Rock Record Fall 2020 Survey said that virtual learning makes it easier to focus on their schoolwork.

Carolyn Ross-Lee, school climate coordinator for New Haven Public Schools, said that a survey the district conducted of high school students showed very different feelings about online learning. “Some are very unhappy,” she said. “Some are having a blast.”