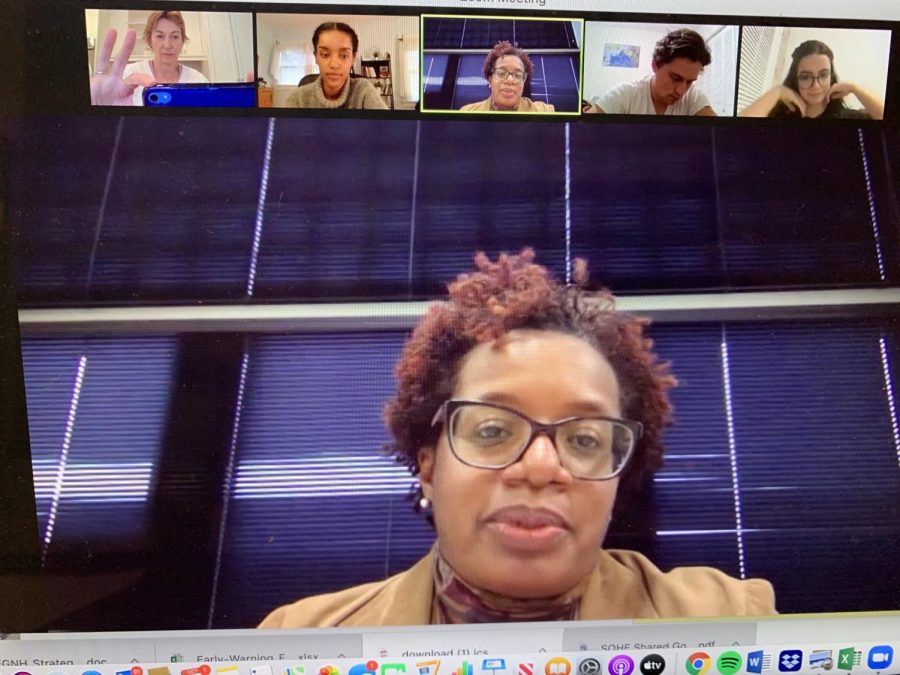 We may show up to class with smiles on our faces, just like we used to. But inside, students don’t feel the same.

“It’s boring and I’m stressed out,” said Tasneem Musa, in seventh grade. “I can’t focus on anything anymore.” A few months ago, she spotted a friend, but could not get in touch. “I don’t have my friend’s number,” she said. “It’s been hard.”

These are rough times for students. The pandemic has made many things hard. School is not happening in person. Our legs feel sore from sitting in the same spot in front of our computer. We are trying to cope with being stuck in our rooms all day. Gathering is dangerous. The pandemic is taking away fun social experiences we count on, like talking to and playing with friends.

“We mostly stay at home,” said Ryan Martinez, in fourth grade. When he gets bored, Mr. Martinez reads “chapter books that my brother passed onto me.” But he misses not seeing friends hardly at all. “I saw one of my friends for Halloween,” he said.

According to The East Rock Record Fall 2020 survey, 89 percent of students said they missed being in school and 62 percent said the pandemic has made them more stressed.

Teachers and social workers are aware of how students are feeling.

Leslie White DePriest, assistant principal at East Rock Community and Cultural Magnet School, said teachers are thinking about students. “They are concerned about their social and emotional well-being,” she said.
According to The East Rock Record Fall 2020 survey, 89 percent of students said they missed being in school and 62 percent said the pandemic has made them more stressed.
As part of the district’s online learning program, students have Social and Emotional Learning exercises and “Wellness Wednesdays” with discussions “in which students can virtually connect,” said Sabrina Breland, principal at East Rock School.

Activities can help students get to know classmates better, she said. “Some people are shy, but when they sit in these SEL sessions, they realize they are not that different from their classmates.”

Teachers are including time to help students relax during their six hours of Google Classroom sessions. But some kids feel that it’s still hard to learn because it hurts their eyes to be in front of the computer for so long.

Also, subjects like math can be harder because it is way more difficult for teachers to explain ideas online. And learning online is not the same as being in a classroom where you can ask a friend if you don’t get something.

Now, she said, the problem is wider. “For most of our students, the social isolation, the fact that they cannot interact with their peers as much as they used to, has caused significant distress.” She said they are also helping children who have lost loved ones to Covid-19.

The pandemic has brought extra stress to families. The East Rock Record Survey found that more than three-fourths of students said they worry about getting Covid. About one-fourth said the pandemic has caused a family member to lose a job. One-third said it has made their family concerned about getting enough food.

Hannah Milliken, director of communications at Clifford Beers, said one good thing is that because they have done more therapy virtually, that through tele-health they are helping more children outside of New Haven. “We can reach anyone in Connecticut,” she said.

Many are suffering, but some are finding ways to cope. Even though it can be sad not seeing friends in person, some kids are socializing online. The East Rock Record survey found that 53 percent of students said they had made new friends virtually.
About one-fourth of East Rock students said the pandemic has caused a family member to lose a job. One-third said it has made their family concerned about getting enough food.
“Just because you are not in school with friends, doesn’t mean you can’t call them or FaceTime them and have some social time together,” said Carolyn Ross-Lee, school climate coordinator for New Haven Public Schools.

Fifth grader Lanaya Gore said that sometimes she will play Roblox, a video game, with friends. Also, she said, “I got to be in my favorite YouTuber’s video.” Some students, like Isabel Faustino, a former East Rock student now in eighth grade at ESUMS, said she has “a Zoom meeting with my friends almost every day now.”

Doing school at home does also come with some ways to de-stress. “During breaks I can go outside and play,” said Mr. Martinez. “Before, I couldn’t do that and we would just sit in the cafeteria.”