Adults Get to Vote. But Kids Can Get Involved. 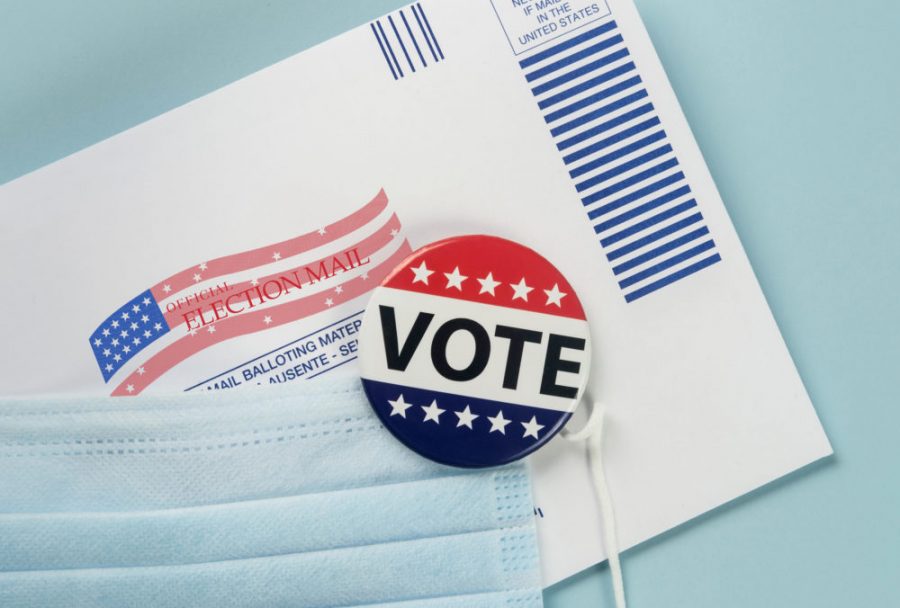 President Donald Trump lost the election. Next month, President-Elect Joe Biden will take his place in the Oval Office. That sounds simple. But it wasn’t. At all.

One thing was clear: The 2020 presidential election got everybody talking — including kids.

In online Google classrooms at East Rock Community & Cultural Studies Magnet School, in chat boxes and after-school Zoom sessions, it was hard to get away from political talk. Students debated over computer screens and made bets about who would win. Some shouted into microphones to get other students to support their candidate.

“I want to share that if one of the two candidates — I am not gonna say who — but if that someone is elected, we will all die!” Sahil Lemar, a fifth grader, said over Zoom one October afternoon. (The East Rock Record later clarified that he was talking about Mr. Trump.)
Should kids be involved in politics and elections?
Mr. Lemar was not alone in closely following the race.  The East Rock Record Fall 2020 survey of 197 students found that about three-fourths said they cared about politics and the election. A full 79 percent predicted that Mr. Trump would lose.

Should kids be involved in politics and elections?

The law says that you have to be 18 years old to vote. But New Haven City Clerk Michael Smart said there are many ways for kids to be involved in government and make their voices heard.

“There is definitely a role for them,” he said. “It’s very important for our younger folks to understand the importance of voting, to stay close to their parents and their relatives to encourage them and even watch the process.” 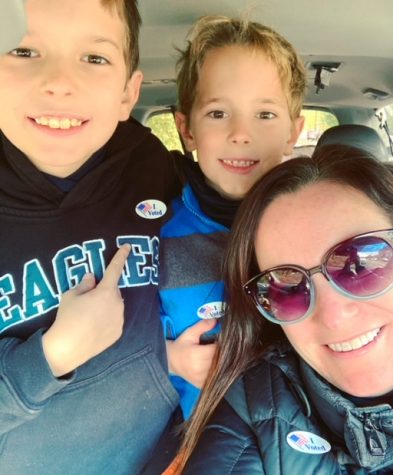 Students can read up on the issues. They can also pester parents, grandparents and older brothers and sister to go vote. This year, people did not need a lot of pestering.

In this year’s general election, more people across the country turned out to vote than ever before. Connecticut saw a record 1.86 million people vote in the election, which is a turnout of nearly 80 percent. This year also marks the first time that all Connecticut residents could vote by absentee ballot, and more than 659,000 people chose to mail in their vote. The state also swings heavily blue, with President-elect Joe Biden beating President Donald Trump by 20 percentage points. Young voters in Connecticut voted in a similar way. According to a recent Tufts University study, voters between the ages of 18 and 29 chose Biden over Trump by a margin of more than two-to-one.

When East Rock Record reporters spoke with Mr. Smart, just five days before the election, he said the city had gotten four times the usual number of mail-in ballot applications, compared with past election cycles. Many new registered voters this year, he said, were young people.

“That’s very encouraging. It shows that they’re paying attention,” Mr. Smart said. While speaking with reporters over Zoom, he showed what the yellow ballots looked like and how they needed to be put into a special white envelope.

Students can’t cast ballots, but some wish they could. “I would like to vote, but I know I’m too young to,” said fourth grader Ryan Martinez. “I’d like to vote for Joe Biden and that’s one other vote counted, and if each child could do that that would be super cool.”

Mr. Martinez believes that “we all have a voice in our democracy. But not all students think kids should care or be involved.” Charlie Pellegrino, a third grader who helped write this story, told classmates that politics should be a grown-up activity only. 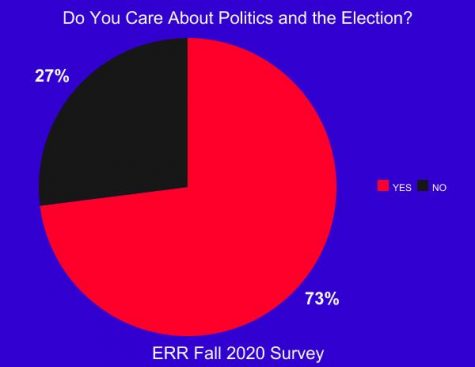 That “crazy stuff” makes some worry. Fifth grader Jomar Lamboy said that the boarded-up windows, social media posts and arguments after the election were stressful to see.

“It’s kind of amusing because I just get to watch my parents when I’m bored and they’re always stuck to the news,” he said, adding that post-election behavior was “freaking me out a lot, too.”

Isabel Faustino, who is in eighth grade at ESUMS and is a former East Rock School student, was in the middle of an online class when a classmate wrote “Trump 2020” in the chat for all to see, she said. The uproar among students was so distracting that the lesson went out-of-control.

“I remember like five people saying, ‘you shouldn’t say that.’ It turned into a whole thing — and I think we didn’t do any of our schoolwork,” she recalled.
“I know it’s a cliché that you guys are our future, but you are.”
People, including kids, can make a difference without getting caught up in the rough world of politics, said Shannel Evans, the Democratic registrar of voters in New Haven. She told The East Rock Record that even coming to local leaders with an issue can help improve the city. At 16, kids can also volunteer as poll workers, another good way to get involved, she said.

Also important, she said, is getting an education.

“I know it’s a cliché that you guys are our future,” Evans said. “But you are.”