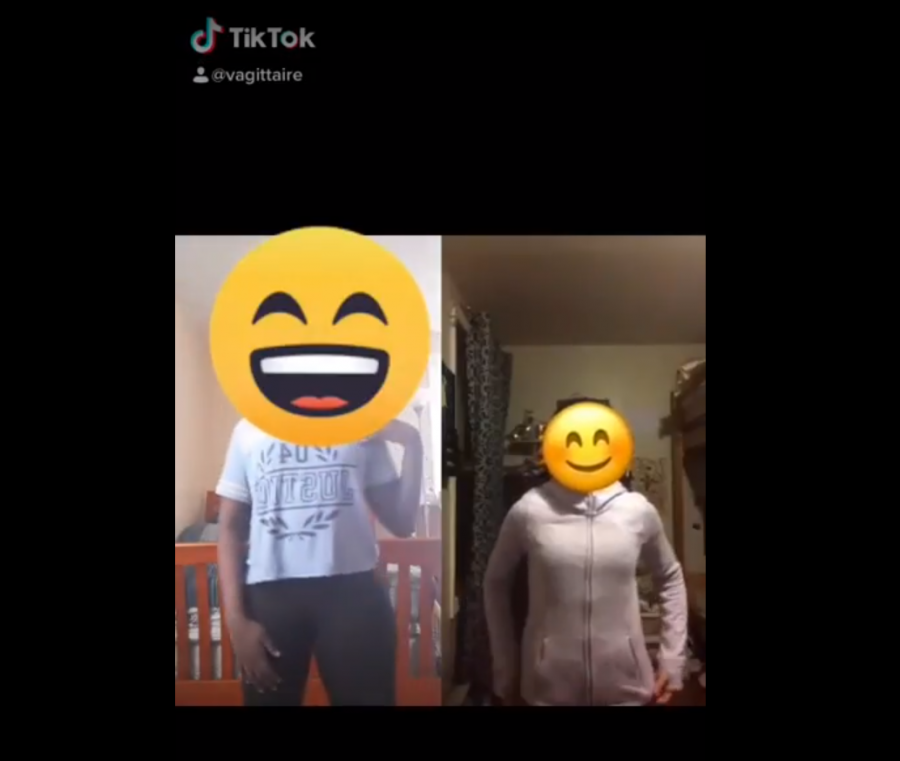 Have you ever seen your friend start dancing and say “Renegade!”

Welcome to one of the most popular Internet dance crazes happening now. There are other dances, too, such as “Say So” and “Obsessed.” They are all on the popular app, TikTok.

TikTok is where you can connect with others, learn new dances and watch and share videos. It was first released as “Douyin” in 2012 by Zhang Yiming who is the founder of ByteDance.

The app reached 1 billion downloads in February 2019 and is still growing.

There are almost 46 million users in the U.S., including many at East Rock Community & Cultural Magnet School!

We decided to interview sixth grade students and to see what they had to say about TikTok. Was the platform taking up too much of their time? Did they think it would last? Could they see their teachers do “Renegade” in the name of education?

“I use it throughout the whole day,” said sixth grader Julyanna Franco. While 82 percent of students surveyed said they do not use TikTok during school hours, some like Ms. Franco do. She and her friend Valentina Prada, also in 6th grade, agreed that it is the best form of social media. Nearly half of those interviewed also said that TikTok was the best social media.
More than 70 percent of students who responded to the East Rock Record Spring 2020 Survey said they TikTok.
But the app does have its downfalls. Sixth grader Madison Poole stopped using the app because she “used to go on it way too much.” Although TikTok has captivated students, parents and teachers worry about the among of time students spend focused on the screen. Students we spoke with reported spending from 30 minutes to 12 hours a day scrolling through the platform.

When asked if she worried that her students used TikTok too much, sixth grade teacher Amy Binkowski said she did. “Children in general are using too much technology at a young age,” she said. Ms. Binkowski said that her own daughter is on the platform and she is familiar with the how it works. For some adults and educators, however, it is more mysterious.

“I guess I have to learn what it is,” said sixth grade math teacher Garrett Griffin.

He is not alone. Many teachers, parents and other adults don’t know a lot about the app. The East Rock Record survey found that more than half of students don’t know an adult who uses TikTok.

Despite this, Mr. Griffin hopes it can have some educational value. “If a teacher is creative enough, they can implement that platform,” he said. Ms. Binkowski agrees, reporting that it “could be educationally appropriate.”
Having teachers do TickTok, said one student, “would be cringy.”
Because so many students are on the app, some adults in the U.S. are trying to use it, including doctors and professionals. They may not be as interesting or popular as Charlie D’Amelio, a 15-year-old TikTok star from Norwalk or Jalaiah Harmon, the 14-year-old who created the “Renegade” dance.

Several sixth graders we interviewed thought the idea of their teachers creating a TikTok account for educational purposes was funny. Dawayne Givan, in 6th grade, said he shuddered at the thought of Mr. Griffin on TikTok. Classmate Anthony Galvan, said it “would be cringy.” Even Ms. Binkowski let out a laugh when asked if she would use the app to teach: “I have no rhythm!”

TikTok has fans around the world. They are mostly young people; more than two-thirds of the app’s users are people under 30. But will TikTok last?

Sixth graders at East Rock School had varying vies about how long TikTok would remain, froma few months to a decade or more. Ms. Franco, who is a huge fan, predicted that TikTok would be around for more than 30 years.

“When you grow up, your kids will use TikTok,” she said. East Rock Record reporter fourth grader Adham Dweck, disagreed: “No, they’ll probably use something else more advanced!”

Perhaps TikTok won’t be able to stay in the limelight as new apps are developed, but for now, the media platform is here to stay. It will continue to connect people at East Rock and beyond, forming friendships through 60-second dance clips! Especially during quarantine, TikTok gets us active and spreads a smile across our faces!