Squelch the Side Eye: Do We Judge Too Much? 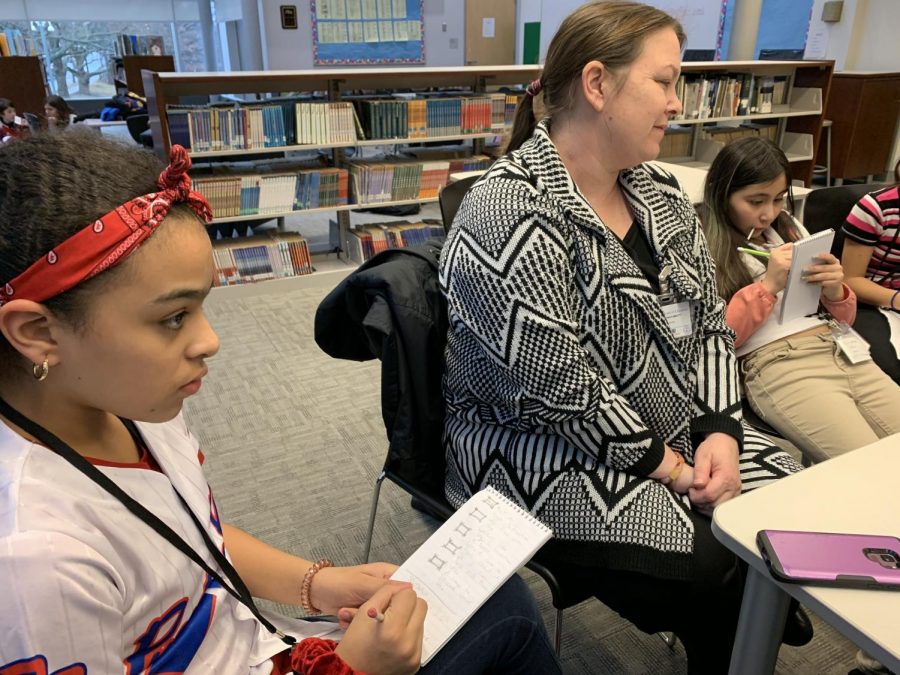 You might not think so. But you have probably judged many people throughout your life. Does that make you a bad person?

The concept of “judgment” is complicated. Pre-K teacher Denise Roman explains judging as “forming an opinion about a person or situation without knowing all the facts.”

Often, we do it without even thinking — and that definitely happens at East Rock Community & Cultural Studies Magnet School.

According to the East Rock Record Spring 2020 Survey, 78 percent of students said that judging people is “a problem” at East Rock School. Half of all students who responded said they had judged someone.

Judgment can look different depending on the situation. It could be assuming someone is smart because they wear glasses or thinking that someone is a bad dancer because they can’t do the Renegade. It isn’t always a bad thing.

Monica Abbott, a social and emotional learning coach for the New Haven Public Schools, describes judging as a “natural process” that “we often don’t do intentionally.”

Rachel Matz, a registered nurse in adolescent psychiatry at Yale New Haven Health, agreed with Ms. Abbott. Ms. Matz said that often, people learn to judge others as they grow up.
78 percent of students said that judging people is “a problem” at East Rock School.
“Around six to seven, people recognize the things that make them different, and that these differences influence how we are seen and treated by other people,” said Ms. Matz.

Most people we interviewed agreed that while judging does not make someone a bad person, it can lead to bad habits that hurt others. Fourth-grader Asti Butler shared an example of judging someone because of their appearance while playing tag at school. Eventually, Mr. Butler realized this was harmful, and now doesn’t approve of judging others at all: “I judge people when they judge someone else.”

Fifth grader Taina Morales regrets having once participated in judging a fellow East Rock student who was new to school. After she learned about bullying, Ms. Morales apologized and later became friends with the new student.

Mrs. Matz gave an example of how negatively judging someone for who they are is harmful. She said, for example, that transgender teens “may be more likely to have emotional outbursts and higher anxiety rates, not because there’s anything wrong, but because of how the identities of members of the trans community can be judged and stigmatized by other people, causing hurt.”

At East Rock School, teachers have strategies to discourage students from negatively judging one another. Some teachers — especially those in higher grades — have developed “anti-judgment zones” in their classrooms. That means they ask students who might otherwise judge to compliment instead or if they do judge to apologize for doing so.

Special Education teacher Lauren Roche addresses judging by creating a “culture of acceptance” in her classroom. Joseph Lewis, a magnet resource teacher at East Rock School, handles judging by encouraging students to work out the issue in a quiet area.

“I take the whole group in a classroom, and I hope that when we have that private meeting, we discuss everything that happened and try to reach a solution,” he said. “After, I make them shake hands. If it needs to go further, then we can call parents.”

If judging others hurts our community, how can we instead encourage diversity and acceptance?

Fourth grader Chloe Wiley said one solution is to take a stand against judging and bullying in general. Jennifer Caso, a 3rd grade teacher at East Rock School, suggested having classmates share their different backgrounds so that students learn to accept and celebrate differences. “Maybe we can have more family members come in and talk about their cultures,” she said.

It can be hard to completely quit judging, but we can take a step back and think about how our words are going to help or hurt somebody else. It’s our job to create our own culture of acceptance, which starts with encouraging differences.

And there is this: By making judgment calls before getting to know someone, you could be missing out the chance to make a new friend.