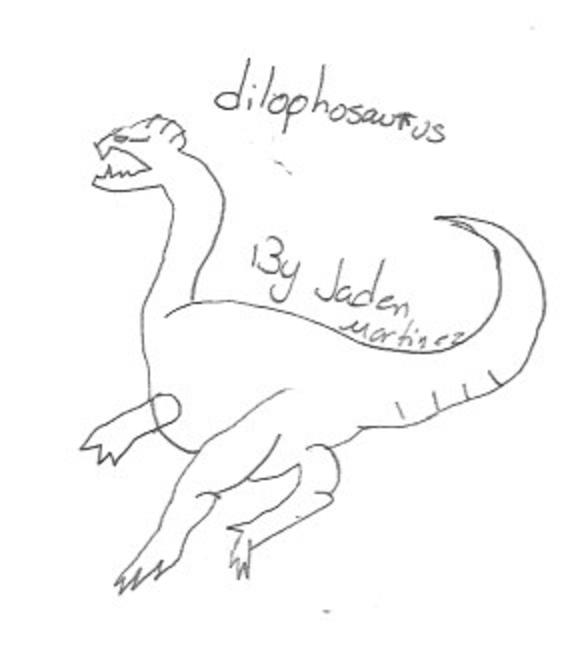 Can you believe these things once existed right here in Connecticut?

Many at East Rock Community & Cultural Studies Magnet School did (especially dinosaurs). The East Rock Record Spring 2020 Survey showed that 73 percent of students knew that dinosaurs once lived right here in what is now the city of New Haven.

There is lots of concern today about climate change, but our reporters wanted to understand how much it has changed in the past. The land we now live on used to be dramatically different. And was home to numerous prehistoric animals.

Parts of New Haven are very old. Local geologist David Sherwood, who met with East Rock Record Reporters, said East Rock formed about 200 million years ago. He said the climate and  surroundings have been changing ever since.

When East Rock formed, he said, dinosaurs roamed the earth. One, the Dilophosaurus, lived here in Connecticut. The Dilophosaurus is now considered the state fossil of Connecticut.
East Rock formed about 200 million years ago.
The age of the dinosaurs was hundreds of millions of years ago. But he said that nature has changed the most in recent years. If you consider “recent” since the end of Pleistocene Era 17,000 years ago.

Mr. Sherwood said that our city “at the end of the Pleistocene Era was a large freshwater lake including the area where the Long Island Sound is now.”

The area around that lake was home to animals like mastodons and giant beavers. Various pine trees and conifers grew in the area. Eventually the lake drained, creating a plain. Long Island was created by rocks left behind by the glaciers, he said.

But the animals that had the biggest impact on the environment and the history of Connecticut didn’t move here until approximately 11,000 years ago: Humans!

It is easy to see how humans are changing the environment right now. But we humans have impacted the environment for centuries. For example, said Mr. Sherwood, “there used to be beavers when colonists arrived in 1600s, but beaver trapping was prevalent. So, there are still some, but not as many.”

“Even if you live in the city,” said Mr. Sherwood, “the environment and nature plays a big role in everyone’s life.”

Erika Koch, a 4th grade teacher at East Rock School, goes outside to read, take walks in the neighborhood and East Rock park.

“Did you know East Rock school has schoolyard habitat that attracts insects and birds?” Ms. Koch asked reporters. The animals she sees are very different from those that roamed here in the past; now she sees mostly birds and squirrels.
“Even if you live in the city, the environment and nature plays a big role in everyone’s life.”
Magnet Resource Teacher Joseph Lewis reports seeing lots of birds and raccoons, as well as dogs, cats, geese, fish, and skunks. “I’m surrounded by nature,” he said.

Norah Matz, in 4th grade, sees “humans and red-tailed eagles in the environment.”

New Haven has changed a lot — and will continue to do so. But many worry about the future of the environment.

Dave Cruz, in 8th grade, is concerned about climate change and the impact of humans on the environment. He said coastal cities might eventually be underwater.

Many East Rock School students agree with him. The spring survey showed that 46 percent believe New Haven will be underwater in 100 years.

Mr. Cruz believes that for animals that “don’t go extinct, they’ll adapt to how we live and cope with more pollution and adapted to destroyed habitats.”

Mr. Sherwood takes a long view. “In the past, Earth has gone through climate changes like this one,” he said. “At first animals adapted to a certain temperature struggle to survive, but then evolved.”

Given the changing climate, he hopes that “humans will come to see themselves as part of the environment and work together with animals to make everyone happy.”