Summer is Coming! Will it Feel “Normal”? 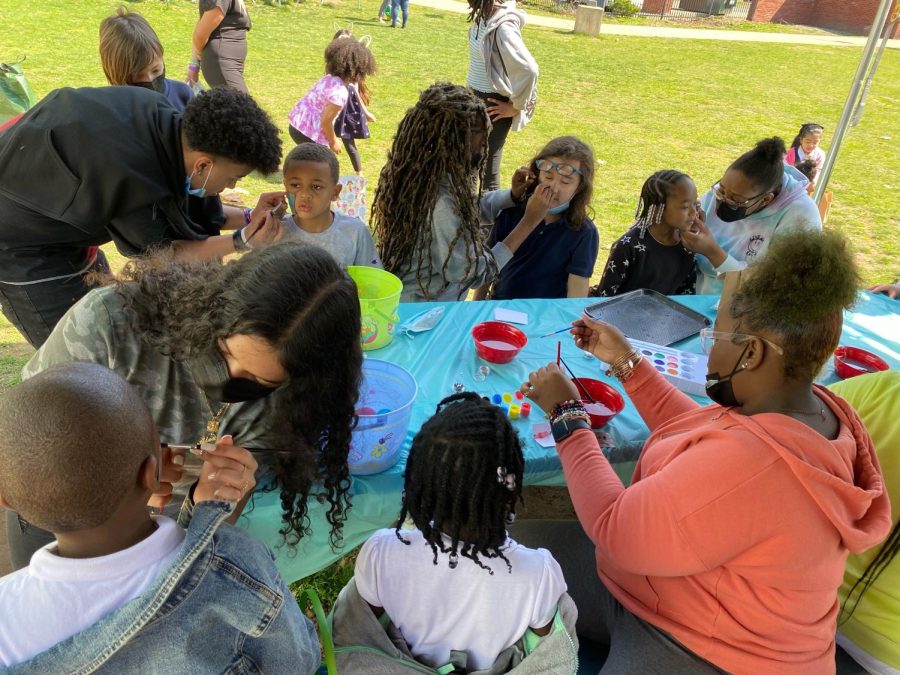 Summer will come a tad later than usual this year at East Rock Community & Cultural Magnet School. Students will leave their desks for the final time this school year on June 22, days later than in previous years.

Yet, students are excited: This summer looks to be the most “normal” in two years!

According to the East Rock Record Spring 2022 Survey, students have high hope. More than 80 percent of the 197 surveyed agreed that “this summer will be more fun than last summer.”

For many students, this is because there are more activities they can now participate in.

“I’m looking forward to going to the beach and looking at the parks more,” said Haelly Patel, who is in fifth grade.
Ms. Patel hopes to explore parks that are “farther” away from her home once school gets out. She also wants to spent time outside and enjoy iced treats, especially strawberry ice cream and slushies, which are her favorite.
Now that Covid rules are being pulled back, students have to figure out how best to spend their summer.

For many, that means going to camp. According to the East Rock Record survey, one in three said they planned to attend camp.

Local organizations including Gather New Haven, the Eli Whitney Museum and Workshop and Yale University have camp options for students.

City offerings include day camps, theater camps, and ‘tot’ camps, among others.

“We’re proud of everything we always do every summer,” said Mr. Dixon. He said the city spends over $2 million each you on summer programs. Federal and state funds help the city pay for them.

“We are a big city and we do more than all of the other cities in Connecticut,” he said. “Basically, we’re the largest recreation department in the state.”
Camps are important because they give students a change to socialize and they provide childcare for parents, he said. Mr. Dixon said the camps also provide jobs for New Haven teenagers, which he said the city prioritizes. For the past two years, camps were reduced. But finally, he said, this summer they will be back to normal. 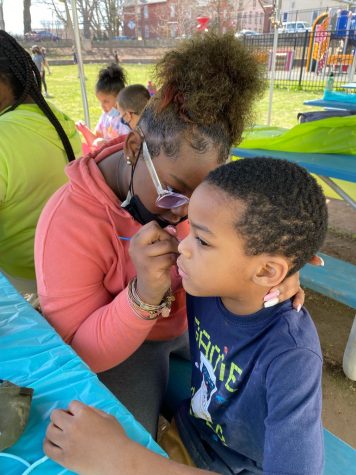 He said pools will be open so that youth can learn to swim, a critical skill. Each Friday night, he said, the department will show a movies at a different city park. There will be a mobile arts and crafts truck that will visit neighborhood festivals and city-run camps.

Mr. Dixon said the city is also adding two new “splash pads” this summer to more than a dozen the city already operates. Splash Pads are water recreation sites set up at city parks that run from late spring through early fall and can be activated by buttons and sensors.

The new sites will be located at Criscuolo Park on Chapel Street and Goffe Street Park.

Tusker Pickett, a fifth grader at East Rock School, said that last summer he played at a splash pad near Rice Field and East Rock Park. He said it had a bucket that slowly fills and then empties overhead. There are water cannons.

“There’s usually a lot of kids hanging around. You can make friends there. Sometimes you can play tag,” he said.

Jessica Hoffmann, a research scientist at the Yale Child Study Center, said students should be trying to enjoy themselves and recuperate after the school year.
“It’s good to relax,” she said. “And that it is better if we do it outside. Best if we don’t think about what we are returning to.”
According to Dr. Hoffmann, research shows that the mental health of students benefits from every minute of time spent outdoors; it is also important to have long days to be creative.

Students “recuperate” best when they have a balance of camps or summer school that requires a “mental workout” with unstructured time to be bored and imagine, she said.

Lucy Gellman, editor of the New Haven Arts Paper, agrees that the summer gives students a chance to do activities that take time, like exploring art. She urged students to use this summer to pursue art.

“Find any kind art that speaks to you,” said Ms. Gellman. “Follow your joy and start there.” She said students have a lot to offer. “Young people are so much more perceptive than adults give [them] credit for,” she said.

Shauntasia Hicks, a watershed liaison for Save the Sound, an environmental advocacy group, said that this summer they will organize hiking and cleanup activities around the New Haven area. One is a project to beautify part of the Mill River Trail just off the intersection of Haven and Exchange streets in Fair Haven.

Ms. Hicks said expects the summer to bring a rush of students and families to local nature sites.  “I think people are excited to hike, be outside,” she said.