Opinion: No to Screens, Yes to Nature! 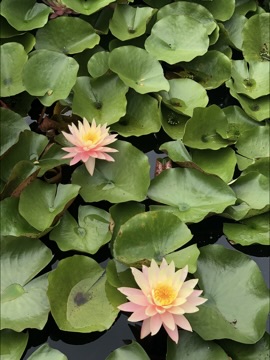 I don’t know why people are so attached to game systems. Now there have been studies showing that people are healthier when they get outside. When people are on game systems or stuck inside, watching TV is not good for their brain. I have experience with this. I know people that are attached to game systems and that don’t ever get outside to play, ride their bikes, or whatever they like to do because they’re just attached to those screens. You might ask your parents for game systems or tablets that you see on TV, but the real skills of life are not working game controls or whatever you like to do on your systems. It’s about knowing how to do stuff. For example, learning how to ride a bike, or hammering a nail, or sitting outside and learning how to relax with the wilderness around you.

It’s so important to get outside and do the thing you love and never let anything stop you from doing that — especially not game systems. Some people just take this advice and say I’ll just throw it away. You might say, this kid doesn’t know what he’s doing. But during homeschool, I learned that being on a screen isn’t what people think it is.

I know that it might seem fun in the moment, but in the long term you don’t need those things. You do need schooling and modern life skills. You don’t need game systems. I know the population of people that truly enjoy nature is getting smaller, but there will always be people who appreciate nature and what it does, and someone can become that person in a split-second. All you gotta do is go outside and walk around in the nearest wood.