School is Back! (Sort of—and with a Summer Boost) 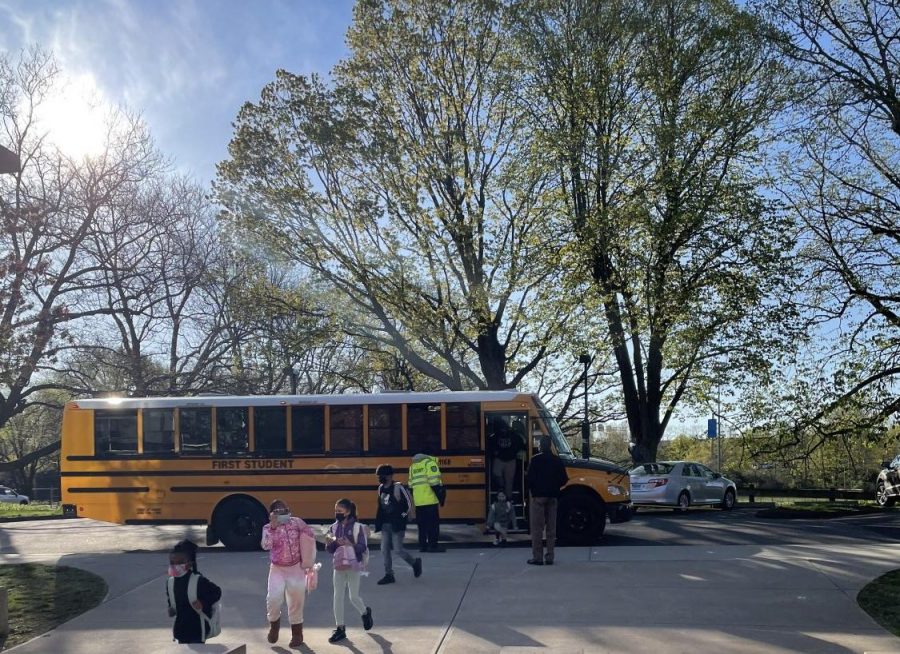 Can you imagine trying to play a guitar with your hands switched?

Mr. Selmont is not alone. This has been a disorienting school year for teachers, school leaders, students and parents — for everyone.

For the last year, schools in New Haven were mostly remote. When schools did open to some students, there were rules about masks, social distancing (of course) and the restriction of sharing food. There were also new procedures for using bathrooms, plus QR codes to coordinate classroom dismissals.

Who would have ever thought this would be school in 2021?

For many students, this new system has been difficult. According to the East Rock Record Spring 2021 Survey, 56 percent of students said they fell behind in their learning.

“Some students were not able to log on because of technology,” said Sabrina Breland, principal at East Rock School. “Some lacked the motivation, and we understand that. No fault of theirs.”

As a result, students “missed out on a lot of learning,” said Ms. Breland. “We have to be honest that there will be a lot of deficits.”

This has city and school leaders creating a plan for — summer school.

“Summer school really is a must,” said Ms. Breland. During a press conference with East Rock Record reporters on March 11, New Haven Mayor Justin Elicker said there would be “all kinds of federal funding coming into New Haven to help get kids back on track.”

Mr. Elicker pictured an “über school” that would be “not just regular summer school, but partnering with nonprofits to have fun, mixing it up, not just with math and reading.”
“We have to be honest that there will be a lot of deficits.”
There are several plans now in development, through the Mayor’s office and through New Haven Public Schools. The Mayor’s office recently shared details for a series of “summer reset programs” to be funded through The American Rescue Plan recently passed by Congress.

The city will allocate $6.3 million through September 2021 for 20 recovery programs, according to a slide deck provided by the Mayor’s office. Those programs fall into four categories — “youth engagement,” “clean and safe,” “arts and culture,” and “safe summer” — and support activities from extending summer camps to improving playgrounds, organizing communal celebrations doing violence prevention work.

Meanwhile, in a letter inviting community partners to join a conversation on April 8, Gemma Joseph-Lumpkin, Chief of Youth, Family and Community Engagement for New Haven Public Schools, said the district “is poised to initiate exciting, fun and learning programs during the summer of 2021 and the school year of 2021-22.”

Dubbed the “Summer of Fun 2021,” these summer camps would be in session for the month of July. Keisha Redd-Hannans, Assistant Superintendent for Instructional Leadership, said the camps at 12 different school sites aim to “engage our students as much as possible in positive activities throughout the summer.” The goal is for students to “develop a love of learning” but also have “opportunities to socialize with one another and reconnect with the community.” 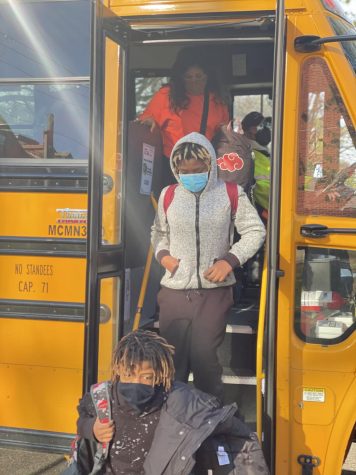 Given the upheaval and worry about safety this past year, Ms. Redd-Hannans said, the district wants “to bridge the gap of trust with our families this summer” and “let them know it’s okay to be back in our schools. Our schools are safe, and we can do this in a way to keep them socially distant, healthy, and safe.”

Some students like the idea of a summer camp at school. The East Rock Record spring survey found that 74 percent of students agreed that “a ‘fun’ type of summer school” could help many catch up.

But others have had enough of school this year. Nora Matz, a fourth grader, doesn’t think summer school makes sense. “I don’t think it would be good for students’ happiness,” she said. “It would put a lot of stress on kids.”

When asked, Jaden Martinez, in grade 5, responded, “Summer school? No way! I like summer vacation and I really don’t want to spend summer at school.”

Even though some students don’t like the idea of MORE school — especially in summer —many have missed the social part of school.
“Our schools are safe, and we can do this in a way to keep them socially distant, healthy, and safe.”
Mr. Martinez, who attended two days in person and two online, said that with eight students in class and spaced apart, “you can’t really talk to anyone.” Still, he likes in-person more than online. “I can interact more with the class,” he said.

After nearly a year of remote learning, students began returning in-person. On March 4, just before students in grades 6-8 came back using a hybrid model, the district held a rally at Celentano School to welcome them back. Families lined up in the sunny, breezy air as music played and they waited to be handed a backpack of school supplies.

Half of those who responded to the East Rock Record spring survey returned to school in person and half did not. Of those in-person, 89 percent said they liked it. Not surprisingly, 73 percent said the experience of the pandemic has changed them.

Ayaan Riaz, grade 5, finds it “hard to remember before Covid. I’ve been in my house for so long,” he said. “It feels like it’s been three or five years of my life.”

How much has Covid changed how we interact in school — and outside of it — with friends?

“Students who were already used to communicating online found that the move from in-person to remote was not very tough,” said Ray Nassar, sophomore at ESUMS high school. Mr. Nassar said that his “social life hasn’t really changed. Technology has filled in the gaps through video games and social media.”

Sydney Johnson, in grade 12 at Engineering and Science University Magnet School, said that seeing friends hasn’t been too difficult. “Initially, there were a lot of FaceTime calls, for study groups and such. Now with a license, I can plan socially-distanced encounters to see my friends,” she said. Still, he has been cautious and is “trying not to see too many people, because it’s not safe.”

Both Ms. Johnson and Mr. Nassar found some benefit to life during quarantine.

Mr. Nassar, like many, discovered more time in his schedule. That gave him “a lot more time to build relationships and more freedom with participating in extracurriculars.”

Ms. Johnson improved her time management skills and found that teachers’ grading was “more lenient.” She believes “they don’t want to fail kids who don’t know how to adequately use technology or who have social challenges at home that distract them from learning.”

After he started teaching music to younger students, he empathized with teachers facing black computer screens during class. “You are not getting the same connection as if you were in person,” he said. It made him change how he showed up to classes as a student. 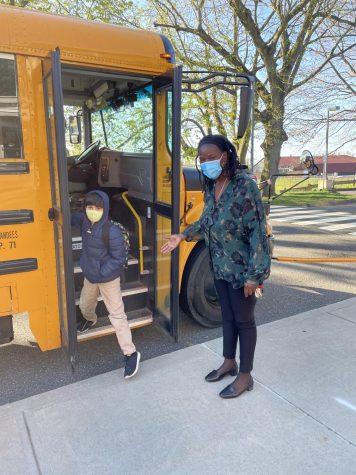 “I have actually been starting to turn on my camera more,” he said. “I realize that teachers are human. They went to college to teach humans, not icons.”

Now, more students are having in-person connections. New Haven high schools re-opened April 5 using a hybrid model. Mr. Charles found returning to school “a cool experience, but an expected one. It was like normal school, but the students and teachers were a few feet apart.”

New rules, including social distancing protocols, were “easy enough to follow,” said Mr. Charles. But like many students across the city, he would just like this Covid school year to end. The East Rock Record Spring survey found — no surprise here — that 81 percent of students are looking forward to a “normal” school year, starting in the fall.